Battle of the Badges 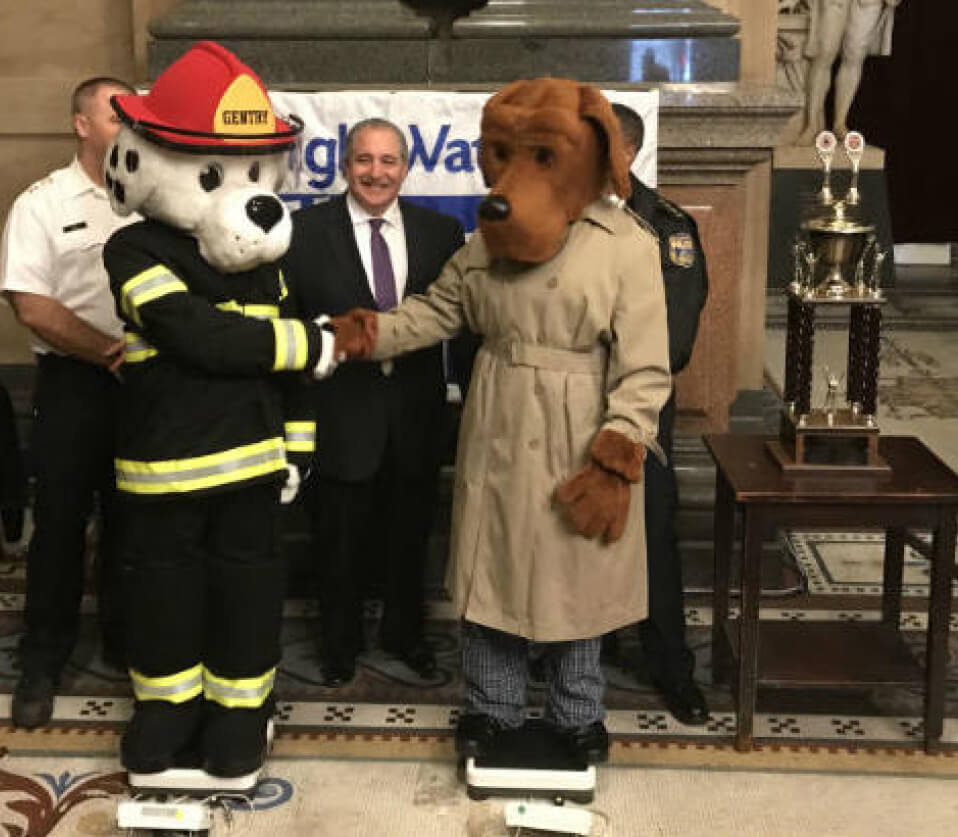 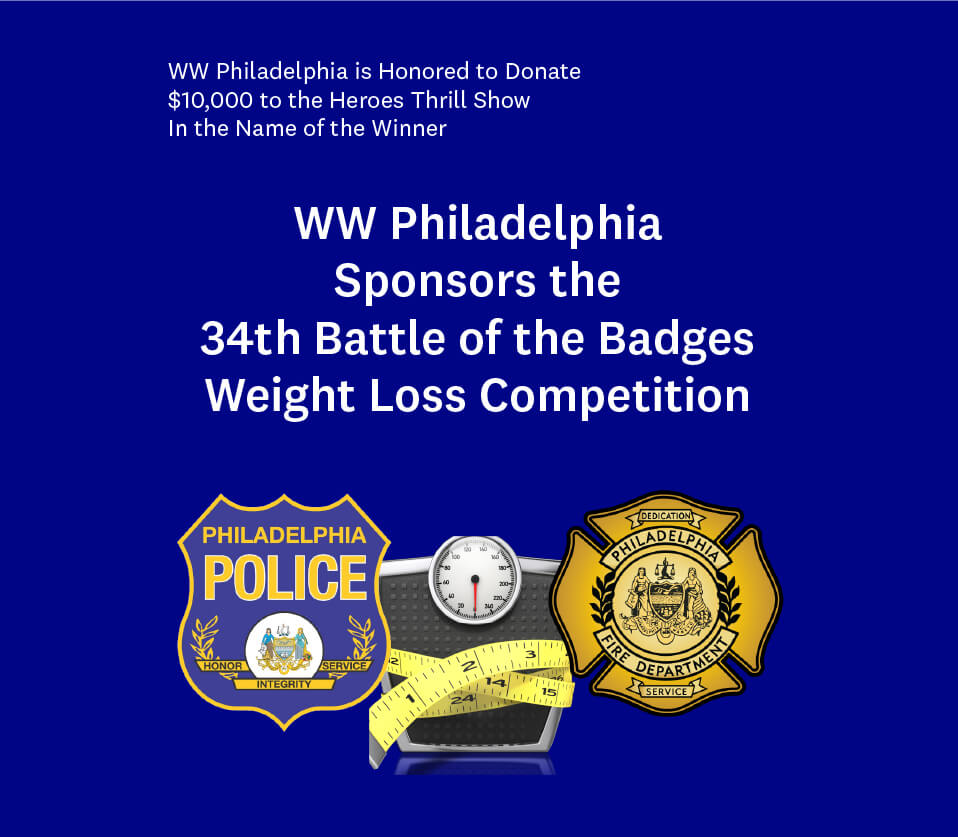 Retirees & Civilian employees of each department

Employees & retirees will be required to present your payroll number at time of registration.

Family members will be required to register at same time as employees & retirees.

After the initial weigh-in and WW Workshop, participants may attend together or alone.

Attend one Workshop weekly. Pay a weekly fee of $5. Attend more if you like, at no additional fee.

Missed Workshops require payment of missed Workshop fee(s) upon return, in order to keep your Membership active and current.

Weigh-in at least 10 out of 13 weeks so as to have your loss included in your final department’s total loss.

WW Philadelphia will donate $10,000 to the Hero Thrill Show, Inc., in the name of the winning department, which will be determined by the highest percentage of average weight loss from among the top losers in each department. That department will be awarded the coveted trophy, as well!

And … to continue to attend WW consecutively until reaching Lifetime status, participants will be offered the discounted weekly fee of $10.00!

For information and an enrollment form, call the Health Resource Center at 1-800-ASK-BLUE.